Took apart Tod’s old wonky iMac G5 today.  Might make a little sculpture out of it. It is a nice stand. I think he was hoping it would actually leave the house, but I had a nice little space for it to slide into on my junk shelf.

On a side note my flickr gallery plug-in isn’t working and Flickr itself removed the ability to generate a wordpress gallery… so, that sucks. Why do they have to go and make things less and less usable. I swear. But here is a lame lamezors looking album below. So unpleasing. What are they thinking? 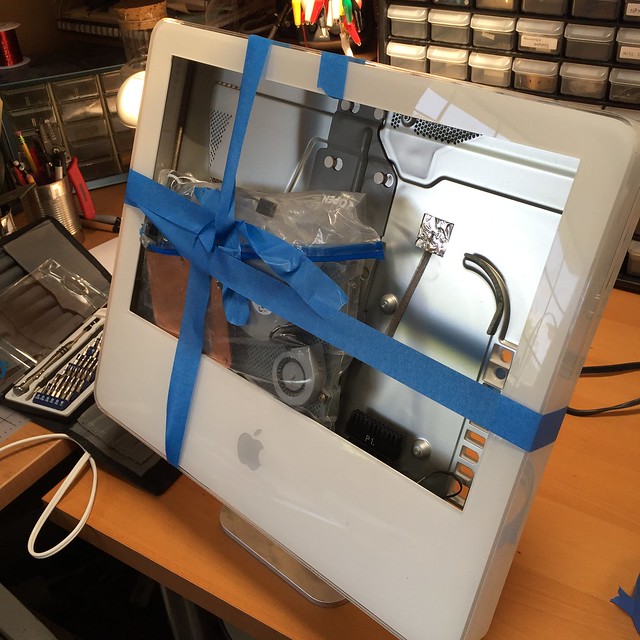